Here’s what Writer/Editor Prudence Shank is into:

First off, yes – I have a somewhat unusual interest. But I’m not a weirdo – honest.

I first became intrigued by cults back in 1993, when my 10th grade social studies teacher kept a TV tuned to coverage of the Branch Davidian siege in Waco, Texas. I was horrified by what transpired, but also fascinated by the people involved. I began reading everything I could about the Davidians and David Koresh. That initial intrigue quickly turned into an overall obsession with cults.

To be clear, I don’t have any desire to join a cult, but I do find them fascinating to study from sociological, psychological, religious and historical perspectives.

Favorite? Eh – these things typically don’t end well, even when they don’t end in mass death like in Waco, Jonestown or Heaven’s Gate. I’m really just interested in the fact that cults are made up of regular, ordinary people. They are not stupid or even mentally ill. They get swept up and sucked in – it’s the kind of thing that could happen to almost anyone.

The upside to my nontraditional pastime?

I think learning about cults has made me more open-minded, to be honest. Again, most cults are made up of normal people who make a few choices that dramatically alter the course of their lives and the lives of their family members. I’ve found that most cult members aren’t inherently evil; their involvement typically begins with them wanting to do good in the world. It’s easy to write them off as mentally ill or deficient in some capacity, but that’s not the case 99% of the time.

I did a senior project on members of The Peoples Temple who died in Jonestown. I learned so many facts, that I have become one of “those people” who will correct you if you make a mistake when discussing it.

For example – it was not Kool-Aid that was laced with cyanide; it was Flavor Aid. So every time you say someone “drank the Kool-Aid,” you’re being factually incorrect. Also, most people drank that Flavor-Aid at gunpoint – they did not willingly commit suicide for Jim Jones. When you research a topic, it’s amazing how the narrative changes. 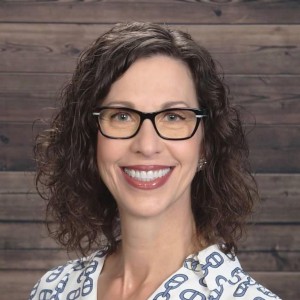