You’ve heard of them, I’m sure. You’ve probably seen them portrayed in movies and on television shows, and you may have heard talk of their “hats.”

Seems to be a hacker with a hat of every color. Ever wonder what all these terms mean?

Let’s break it down.

In today’s IT Vocab Vitamin post,  I’m sharing a quick rundown of the most common hats hackers wear:

Also known as “crackers,” black-hat hackers receive lots of attention from mainstream media, and with good reason: they violate computer security for personal gain (think: stealing credit card numbers or sensitive personal information). They’re the stereotypical criminal you see in the movies performing nefarious activities that hurt organizations and people. The crazy thing? Many of them pull-off their crimes using common hacking techniques they learned in their early years.

Yep, you guessed it. These are “good guys” who have developed expertise in compromising computer security systems. They are certified to pursue a career in hacking, and most have degrees in IT security or computer science. And unlike black hats, these hackers use their skills for ethical and legal purposes. For example, a white-hat hacker may be engaged to probe an employer’s firewall for weaknesses. By exposing vulnerabilities, a white hat helps organizations find and fix security threats before the bad guys infiltrate.

In the world of hacking hats, what do you get when you mix black (criminal) and white (ethical)? A gray hat. This type of hacker may not steal money or sensitive information, but they don’t engage in hacking activities for the common good, either. For example, a white-hat hacker would ask for permission to attempt to access an organization’s servers. A gray-hat hacker, however, might infiltrate the system without permission (yep, that’s illegal), and then disclose the vulnerability publicly (making the organization a prime target for black hats) – instead of notifying the organization privately, and then allowing them to fix the problem quietly.

Green hats are wide-eyed, hacking “newbies” who aspire to become full-blown hackers. Veterans often give them a hard time online for their enthusiasm, as part of their indoctrination to the world of hacking.

Red-hat hackers are the vigilantes of the hacking world. For example, instead of merely reporting a malicious hacker, a red hat would take it upon themselves to attack a black hat by accessing their computer and uploading a virus. If you’re considering a career in hacking, you don’t want to cross paths with a red hat in the dark recesses of the internet…

That wasn’t too tough a pill to swallow, right?

Have a staffing technology topic you find mystifying, terrifying or just plain complicated? Leave me a comment and I’d be happy to break it down in a future IT Vocab Vitamin post. Cheers! 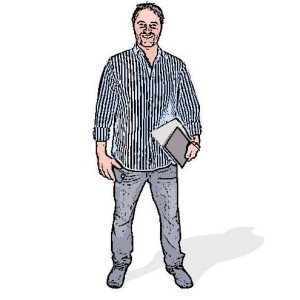 Want to Drive More Staffing Sales? Change How You Write!