Back in July, I shared some insights into the huge blunder made by Netflix. By bungling the rollout of new monthly pricing plans – resulting in a 60% increase for most users – Netflix created a massive PR nightmare, which was recently reported to have caused a decrease in value of their shares by 25%.

So, yeah…it was a pretty big mistake.

More than eight weeks have elapsed since Netflix announced their price hike, and ignored comments and conversation on social media and in the news. Although their numbers have taken a hit, it has largely been forgotten by the average consumer. So, what has Netflix done now?

They responded. To the original bashing….from two months ago.

I can summarize this blog post in a few short words for you: Someone gave Netflix CEO Reed Hastings some very bad advice.

The firestorm created by the price hike has largely blown over. So, why ruffle feathers with a horribly-delayed mea culpa? And in particular, one that rings incredibly hollow?

But worse, Netflix has made some additional gaffes that may prove too much for their renewed efforts, including:

Error #1 They still aren’t open to communication.
For many users (and critics), the worst part of Netflix’s price hike wasn’t the hike itself. It was the blatant disregard of the criticism and questions being shared with the company on its phone line, Twitter and Facebook pages. So, now that Reed Hastings has gone to the Netflix blog to apologize (too late?), I can’t help but notice that comments for the blog have been shut off. And a blog without comments is a poor news release, basically.  The benefit of using a blog for communication with your audience is that it opens the door to a larger conversation. By eliminating that essential function of a blog, Netflix shows signs of desperation, and a total lack of “caring.”

Error #2 They are trying to “fix” the issue by changing their name.
Netflix is largely credited with the takedown of Blockbuster – a name synonymous with “movies” for many decades in most homes across America. Netflix has become the new Blockbuster, so to speak. Many people have equated Netflix with “movies.” So why are they changing their name? The DVD rental services previously known as Netflix will now be called Qwikster. Streaming services will be still called Netflix (just a bit confusing). A name change doesn’t erase the fact that customers are still paying 60% more for the same services. So why do it?

Error #3 They’re actually making it harder for people to be their customers.
|Oh, and the name change brings more headaches for users. Perhaps you weathered the price changes and decided to stick with Netflix. Now, you may have a change of heart. Users who wish to continue renting DVDs and streaming movies and TV shows will have to register for two websites – the Qwikster and Netflix sites will not be integrated…at all. So, if you move, change your credit card, etc, you will have to do it in two places. If you review a movie on Netflix, it won’t show up on Qwikster, and although not noted, it is presumed that you will not be able to track the movies you’ve watched on both services – you’ll have to toggle back and forth to see. Why would you make it harder for the customers who have stuck by you…to continue sticking by you?

Error #4 They still haven’t clearly defined a positive for the customer.
Netflix is sorry, but they don’t want to hear your criticism, they’re changing their name, and if you want to keep paying more for their services, you’ll have to do it with two different websites now. So, you’re dredging up the past and changing things drastically…what’s in it for me, Netflix?  Unfortunately, they still haven’t said. In his blog post, CEO Reed Hastings promises that they “will be better at streaming, and we will be better at DVD by mail,” but offers no tangible reasons how that will be accomplished.

So, what are the lessons here?

Sadly, they are primarily the same lessons discussed in my first Netflix post. Engage your customers, be responsive and share news and innovations when they arise. These are solid marketing tips, but they are also “good business” lessons, that — despite overwhelming evidence of their success — some companies choose to ignore.

Do you think Netflix will learn from its mistakes this time? Or do you think the third time will be a charm? 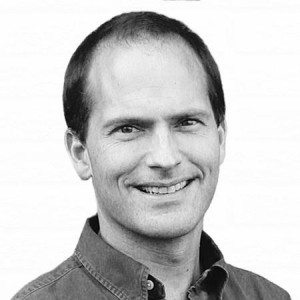 Get More Applications for Your Staffing Firm Part 3: Optimizing your Jobs-Budget Ratio