Social media marketing, Twitter specifically, is about pushing your limits. Trying new and exciting ideas. Finding what works best and pushing that to new extremes.

That’s where The Eagles come into play. In 1975 The Eagles dropped Take it to the Limit, their third single from One of These Nights. And, while this article wasn’t originally positioned as a hat tip to The Eagles, the more I thought about it…the more it made sense.

Throughout February, I had one major goal on social media:

Push the Haley Marketing Group Twitter account (@HaleyMarketing) so far that people began to get frustrated and actually start to unfollow us.

I wanted to take it to the limit.

The experiment wasn’t so much to frustrate our Twitter followers. It was a test to find our limit. Our tipping point.

After all, if I could find that tipping point, I could identify the exact point we shouldn’t reach, and therefore share the perfect amount of content every day.

Throughout February, I slowly pushed @HaleyMarketing.

At first I was scheduling content 5 times every day. Using Followerwonk, and other popular social media tools, I was able to see when our audience was active and listening, and then scheduled a healthy mix of content and resources to be published at these optimal times.

As I type this, I am happy to say that I have yet to find that tipping point. We are still sharing great resources 13 times a day and are seeing amazing results from doing so.

What This Means For Your Staffing Firm

If you’re currently thinking about going all-in on social media, or questioning whether or not you should be sharing more on a given social platform…Take it to the limit and push yourself to find your company’s tipping point. In doing so, you will end up finding your sweet spot.

With Social Pro by Haley Marketing, one of our skilled Social Media Marketing Advisors will take responsibility for developing your organization’s voice on Facebook, Twitter, LinkedIn, and Google+. By posting quality content, top jobs, and other branded shareables every day, your firm will be positioned as a premier resource for job seekers and employers within your target market.

Did I mention Social Pro assisted in clients winning two ASA VOICE Awards this Year…including the Best of Class award for Social Media? 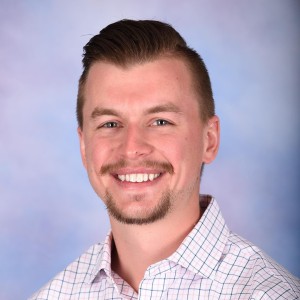