Chances are you have seen or heard the latest news from the online movie streaming and rental service Netflix. Last week, the company raised its monthly rates by as much as 60 percent, sending customers – and the Internet – into an uproar.

The popular media service had previously offered customers a plan that, for $9.99 a month, included unlimited streaming of TV shows and movies from their library, as well as unlimited DVD rentals (allowing one movie “out” at a time). The popular plan is credited with an upsurge in memberships, and credit is largely given to Netflix for the demise of Blockbuster.

Now, customers who wish to have the same services that were previously offered at $9.99 a month are expected to shell out $15.98 per month, a 60 percent increase in cost.

What did Netflix do wrong?

Companies raise prices all the time; however, few receive the onslaught of negative press given to Netflix. Their media downfall can be attributed to several mistakes:

1. They tried to make it seem like a positive.
Here’s the deal, it’s rough out there. The economy shows some signs of improvement, but overall, we know that it’s still pretty tough for some businesses to make a profit. What really irked customers was the tone Netflix used to announce the changes. Rather than admitting they have to charge more to sustain services, they tried to make it sound like the change was made to make it more convenient for the customer. I’m still not sure how paying more for the same thing is an added convenience…

2. Cries for response on social media sites were largely ignored.
As an active Twitter user, I saw many tweets in my feed using the #DearNetflix hashtag. And after many initial tweets had been exhausted, I saw an abundance of tweets maligning the lack of response from Netflix. We’ve documented various responses from businesses through social media here at Ask Haley before. As a society, we have come to expect expedient response to our social media inquiries. Even a polite brush off. Most consumers received zero response. Basically, Netflix put its fingers in it’s ears and yelled, “La la la, I don’t hear you,” hoping people would walk away.  Not exactly a smart move.

3. It didn’t announce any upgrades or improvements simultaneously.
Although a very popular feature due to its ease of use with computers, handheld devices and gaming consoles, Netflix’s streaming library is largely derided. They are still missing many major movies from the last decade, and the offerings overall are still pretty slim.  An announcement of major upgrades and investment in the streaming service could have softened the blow of a major price hike, and would have added significant value to the “new” streaming plan.

Are you an online movie rental behemoth? Well, probably not – but, customer engagement and satisfaction are essential components to any successful business.

What can you take away from the Netflix debacle?

Effective customer service will never go out of style. If you take advantage of Netflix’s mistakes and step up your service, you’re sure to see positive results. 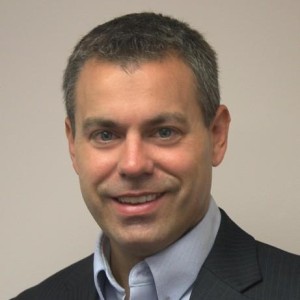