Kids Day is an annual tradition in the Western New York area where thousands of volunteers stand at busy intersections during the morning hours and sell a special $1 edition of The Buffalo News. All of the proceeds go to “Variety, the Children’s Charity, to benefit Women and Children’s Hospital of Buffalo, the Robert Warner MD Center for Children with Special Needs, Children’s Charities of Western New York and Cradle Beach.”

This year, a group from the Haley Marketing Group participated for the first time and sold 250 newspapers at the busy intersection of Sheridan and Youngs, which is just under a mile from our office.

During our two hours walking up and down the corner (and dodging raindrops on a dreary Tuesday morning), a lot of thoughts ran through my head that related to marketing. Here are my 10 takeaways:

People Are Generous: Our allocation of 250 newspapers raised $594.75! That’s nearly $2.38 per newspaper for local children’s charities! I don’t think one person asked for change and a number of people would donate and not even take a newspaper.

Never Underestimate the Emotional Connection: We don’t need to make business or marketing overly complicated at times. On a day where you’re selling a $1 newspaper to raise money for children’s charities, having our COO and her son sell newspapers was pretty darn effective. If you’re driving by and see a mom and her kid selling newspapers, be honest – you’re more likely to buy one. Was that our intention? Of course not. But it was an interesting byproduct to observe from the opposite corner.

Someone Was Stealing Our Business: OK, not really, but my Type A personality kicks in at times. A number of cars would have the Kids Day newspaper setting on their dashboard to show their support for the cause. All of the money goes to the same cause, so in this instance, it’s a great thing.

Raise Awareness: Even if I wasn’t selling newspaper, I tried to always have the newspaper raised as I was walking the corner, even if the light was green. Maybe a driver would see that newspaper and make a purchase at another intersection where someone else was selling. It felt like simple content marketing and hopefully it worked.

What Will You Do To Make a Sale: The safety tips for volunteers say to stay on the curb to sell newspapers. Well, that’s not going to be very successful. What helps? Having someone walk between lanes when traffic is stopped at a red light is dangerous but effective. Being really aware if someone puts their window down, waves money at you or honks your horn are three more strong indicators. Just try to avoid the “false positive” of someone putting on makeup or buttoning their collar.

Stay Off Your Mobile Devices: I understand people checking their phones when at a complete stop at an intersection (Guilty as charged). However, to the guy who was driving approximately 35 MPH through a green light at a five-lane intersection with both hands on his phone, it can wait. Please put the phone down.

Customers Will Avoid Any Contact with a Salesperson: It was really interesting to see some people come to a complete stop at an intersection and totally avoid eye contact. They will be checking their phone, look away, twiddle their thumbs, change lanes, ANYTHING to avoid looking at volunteers in their bright red vests.

I Brought Back the Thumbs Up: Whenever I was able to make eye contact with someone who had the newspaper either on their dashboard or raised it up to show they already purchased one, I tried to give them a thumbs up.

Lastly and Most Importantly: Remember, it’s for the kids! Simple math shows that with 250 newspapers we shouldn’t have raised anywhere near $600, but the generosity of the drivers we came across was overwhelming and honestly awesome! 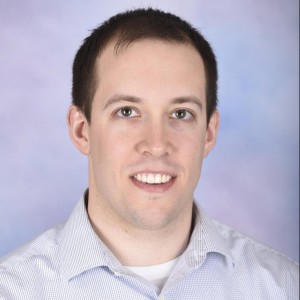